You can do spot reduction with Avita plus body contouring.

As Registered with Health Canada – The cymedics Avita Plus delivers ultrasound energy into subcutaneous adipose tissue (SAT) to induce reverse osmosis (forces the fat out of the cell).

The tangential force that is caused by the ultrasonic beam is applied to the membrane and the progressive increase in permeability holes/ pores causes the triglyceride content to leak into the extracellular environment.

This is a non- invasive approach to achieve a desired aesthetic effect. The Cymedic Avita system is specifically indicated for non-invasive waist circumference reduction.

The clinical therapeutic functions that are performed by the device concern the volumetric reduction of peripheral localized fat deposits such as lipomas.

In short, the Avita plus drains the fat cell by perforating the cell membrane with ultrasound and then with its stable cavitation technology it dissolves the integrity of the cell membrane, so it is not available ever again to refill.

How Many Treatments Required?

The number of fat reduction and fat removal therapies needed is reliant upon the size and position of the fatty tissue deposits. Practical experience has revealed that generally 4 to 8 treatments are needed in order to form the body.

Does Avita Save Breast Size?

Many female disasters also find that their breasts basically collapse during the course of an extended diet or increased exercise when they are trying to lose the stubborn fat, because, besides muscle, breast fat is also easier to recruit for fuel then stubborn fat.

Worse yet when they regain body fat the breast often doesn’t go back to normal although the hips and thighs certainly do. Some research has suggested that breast cells can undergo apoptosis cell death similar to visceral fat and this probably explains the collapse followed by the lack of regain in the breast area.

Fortunately with Avita treatments all of this can be avoided.

Is This Treatment Safe?

There are a few medical and physical conditions where beautytek Avita sessions will not be administered. Pregnant and breastfeeding women, clients wearing a pacemaker, suffering from epilepsy or cancer will not be treated.

Clients with large metal implants such as artificial hips cannot be targeted in the area of the prosthesis, but it does not negate sessions of other areas. If you are feeling unwell, the energy levels in your body will be low, so you may not get the most out of your session.

How long Does The Treatment Take?

The fat reduction with the BeautyTek Avita takes very little time and is non-invasive and painless. One session with the device takes about an hour, including lymph drain. If necessary, it can be repeated after a week.

How Do We Target Stubborn Fat Without Diet & Exercise Alone?

As mentioned earlier, stubborn fat cannot be used for energy very easily so under tough dieting and exercising regimes the fuel the body needs will be subsidized with valuable muscle tissue.

So if you have achieved a low body fat target approx 15- 17% for women and 10-12% men of essential fat, and you reduce calories or exercise even more to target the stubborn fat, you most likely be converting protein from your body muscles for energy and you will not get leaner only smaller.

Incorporate Avita treatments with your diet and exercise regime and you can get rid of the stubborn fat without risk of muscle loss. 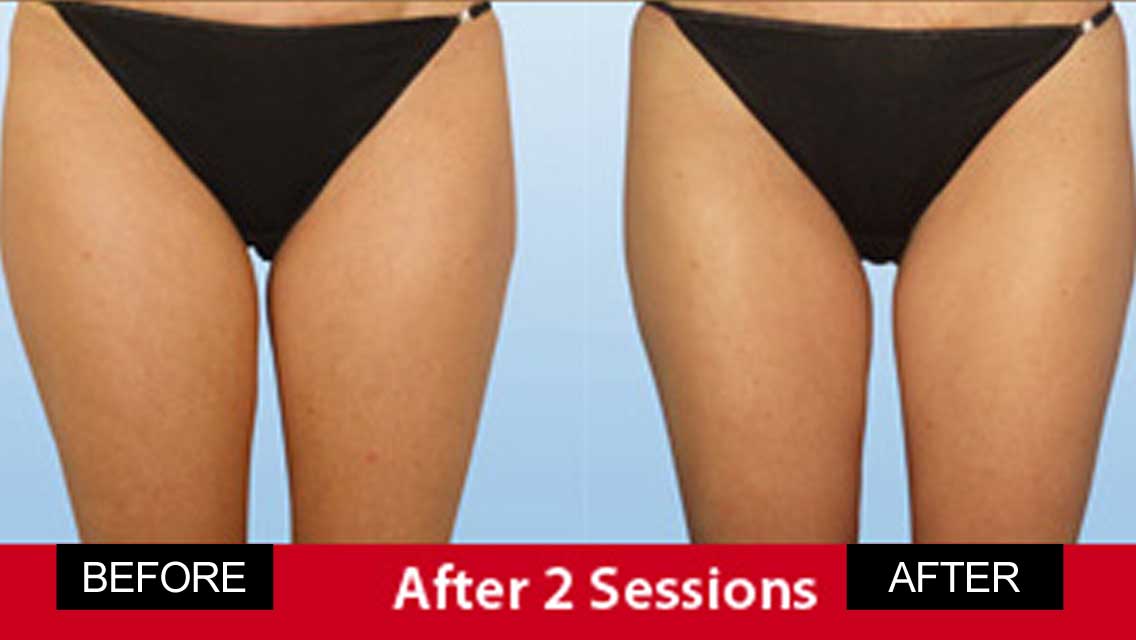 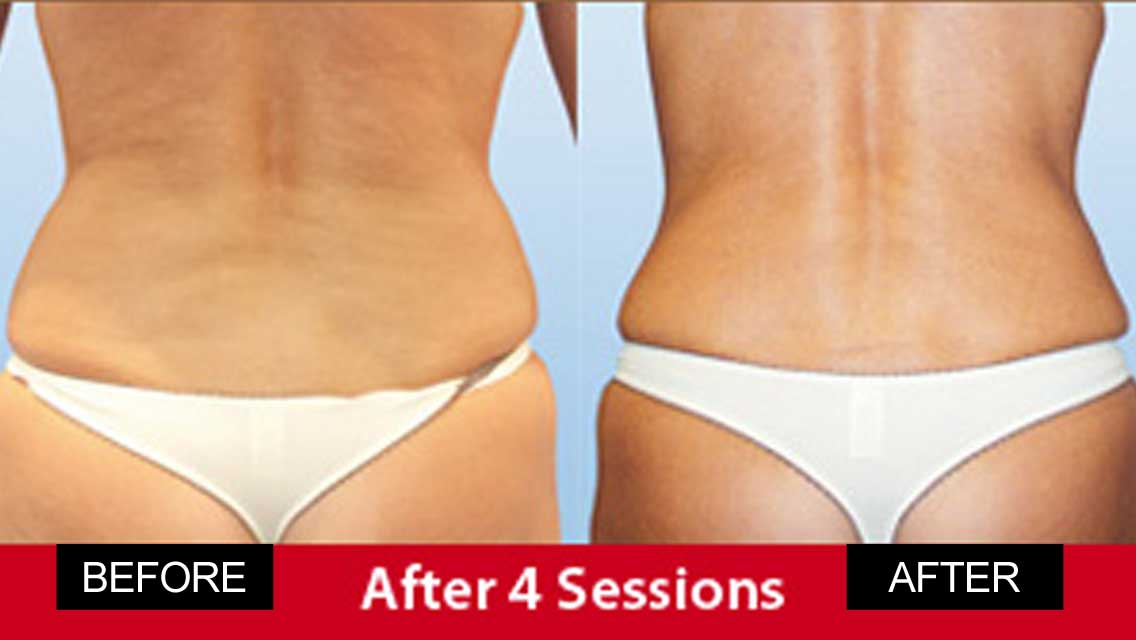 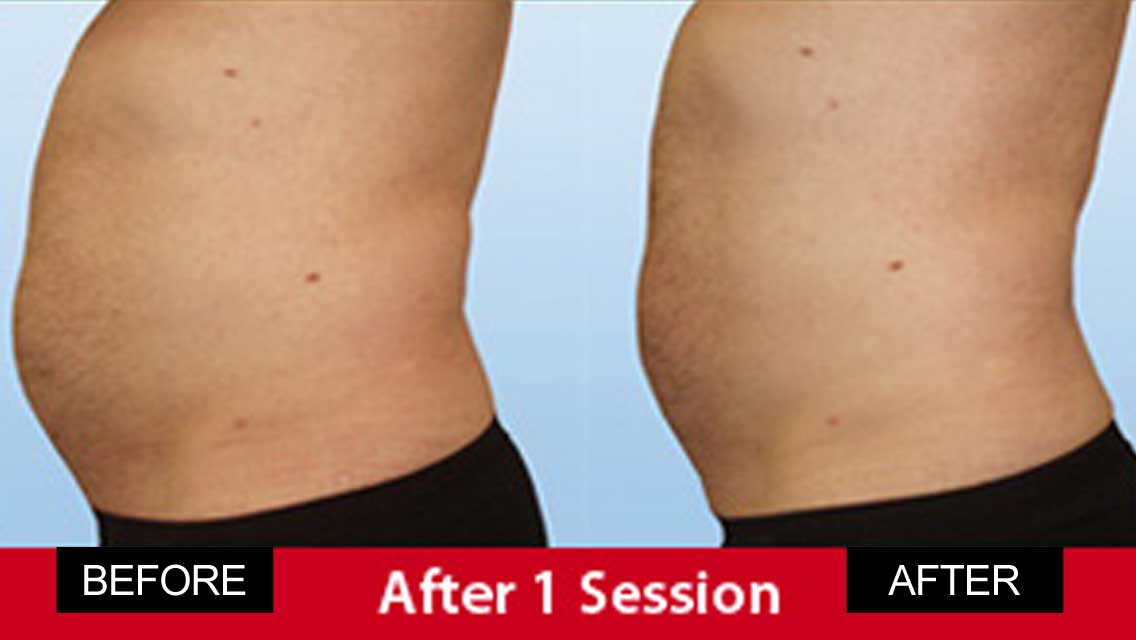 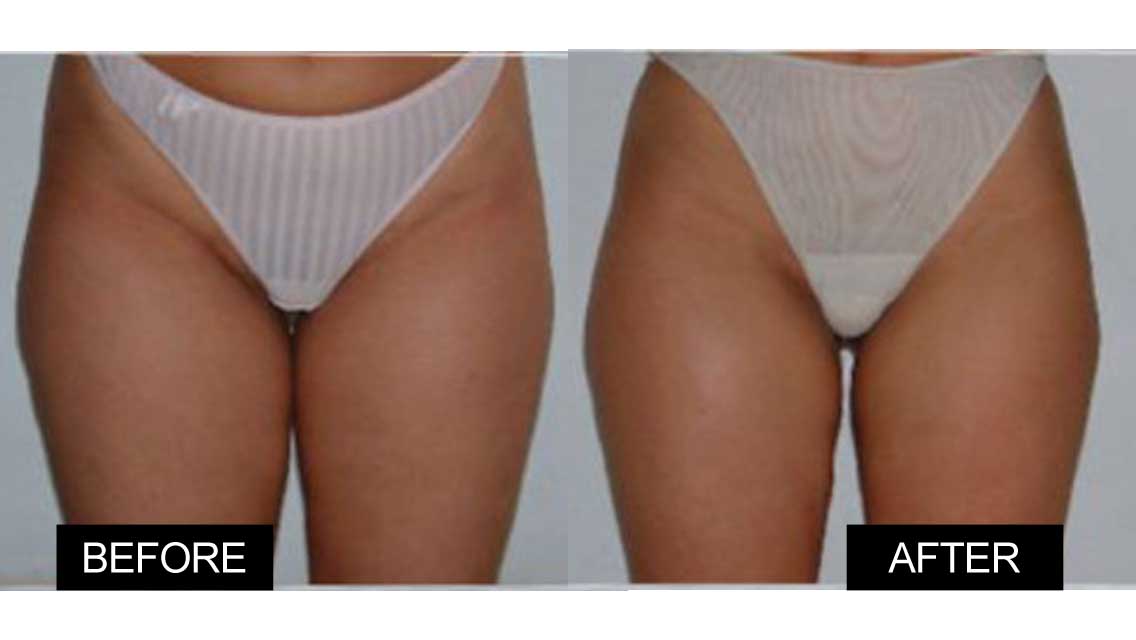 There are many beauty devices for fat reduction and fat removal available, such as ultrasound devices. However, the fat-away machine beautytek Avita from the beautytek family breaks new ground.

Unlike other beauty devices or ultrasound devices, the new TFR method (technical fat reduction) for fat reduction and fat removal is based on stable cavitation and ultrasound.

This is why technology like the Avita kills the fat cells and simply drains and shrinks them like most body contouring devices but more importantly doesn’t leave empty fat cells available to refill.

This method targets particularly obstinate fat deposits and diet-resistant fat stores which cannot be reduced by sport or diet. In this way, fat deposits can be selectively treated with the fat reduction and fat removal treatment of the beautytek avita – all without surgery.

What Is Re - Esterification?

After Avita treatments re-esterification is not possible, a different energy consuming process will take place called mitosis since the original fat cell has been compromised.

Mitosis will only happen when all of the other fat cells in the body can not hold anymore volume.

In a worst case scenario with Avita treatments, since less fat cells are available to refill in the treated area, all of the fat cells in the body will take up their share if the client goes against the recommended post-treatment protocols, vs other technologies where the fat cells are left intact and will just refill where they were drained from).

Now some of the released free fatty acids (FFA) bind to a protein in the blood cell called albumin. If blood flow is to slow fatty acids will just get esterified into the fat cell (again cannot happen after Avita treatments) if the blood flow is increased the albumin-bound FFA will get carried far away from the fat cell and made available to other tissues in the body such as the liver or muscle cells and used as fuel.

Removing blood flow is desired to distribute fatty acids released from the fat cell to other tissues where they can actually be burned or metabolized.

This process is dependent on blood flow through the adipose tissue.

This is why the importance of aerobic exercise is stressed after Avita treatments as it tends to increase adipose tissue blood flow with the effect becoming greater as the duration increases.

In fact under normal circumstances, if the fatty acids aren’t moved out of the adipose tissue with increased blood flow the body will happily restore them (a process called re-esterification).

Why Is The Avita Different Than Other Technology?

The majority of the equipment on the market only cause triglycerides through the fat cell membrane into the intercellular spaces.

Massage devices try to squeeze the fat out and other devices such as radio frequency & light devices increase the fat cells temperature which temporarily makes the cell membrane porous and the fluids leak out.

Some devices use combinations of heat and massage to deliver or distribute the triglycerides to the metabolic system, leaving the cell available and intact ready to refill in a very short time.

Unfortunately just mobilizing fatty acids out of the fat cell isn’t all that is required for normal long-term fat loss plan to be successful.

The fat cell has to have the integrity of the membrane dissolved, with technology such as Avita, so it is not available to refill.

The information or details from the manufacturer of various machines is very selective in nature and provide a totally wrong perspective, with these machines the fat cell is left intact and will esterify quite quickly, without any extra energy needed to accomplish this, if the client does not stick to the recommended protocols.

The Avita compromises the fat cell to a new fat cell has to be created if needed, which will require ATP to be produced from the triglycerides available to be transported to fat cells.

What Happens To The Fat After Treatment?

The loosened fat will be transported by the lymph system and used for body energy or excreted with the normal metabolism. Therefore it is important that the body will not be supplied with additional energy in form of sugar after the treatment.

Most of the loosed fat will disintegrate within three days. After that sweats are allowed again to a certain extent until the next treatment. BeautyTek Avita treatments consist of tissue being treated with ultrasound, which exposes the fat cells to mechanical energy in the form of so-called shock waves.

Is The Avita Treatment Effective For Long Lasting Results?

Yes! Your fat cell count will be in proportion to the highest BMI you have had. If your fat cells get too big your body will make new ones and it’s nearly impossible to get rid of the new ones.

Obviously, if you’re already very fat or have there is little you can do; you are pretty much stuck with your fat cells. Except of course with Avita or liposuction treatments.

The fat cells have only been drained so they have less volume and you will appear slimmer but all of those fat cells are just waiting to fill up again.

Most body contouring machines on the market only drain the fat cell through different modalities and the cell just fills up in a short time if one resumes their previous lifestyle.

Avita Treatments will compromise the fat cells, so they can not fill up again.

Is Men & Women Fat The Same?

Men and women’s fat are the same (it is just the hormones).

A fat cell from a man’s thigh and a woman’s thigh, are functionally identical and essentially indistinguishable physiologically.

The same holds true for visceral or abdominal fat from a woman versus a man. The female’s visceral/abdominal fat is physiologically identical to the man.

The only difference is where the fat is stored on a man or woman, and this is controlled by the difference or amount of individual hormones in each. 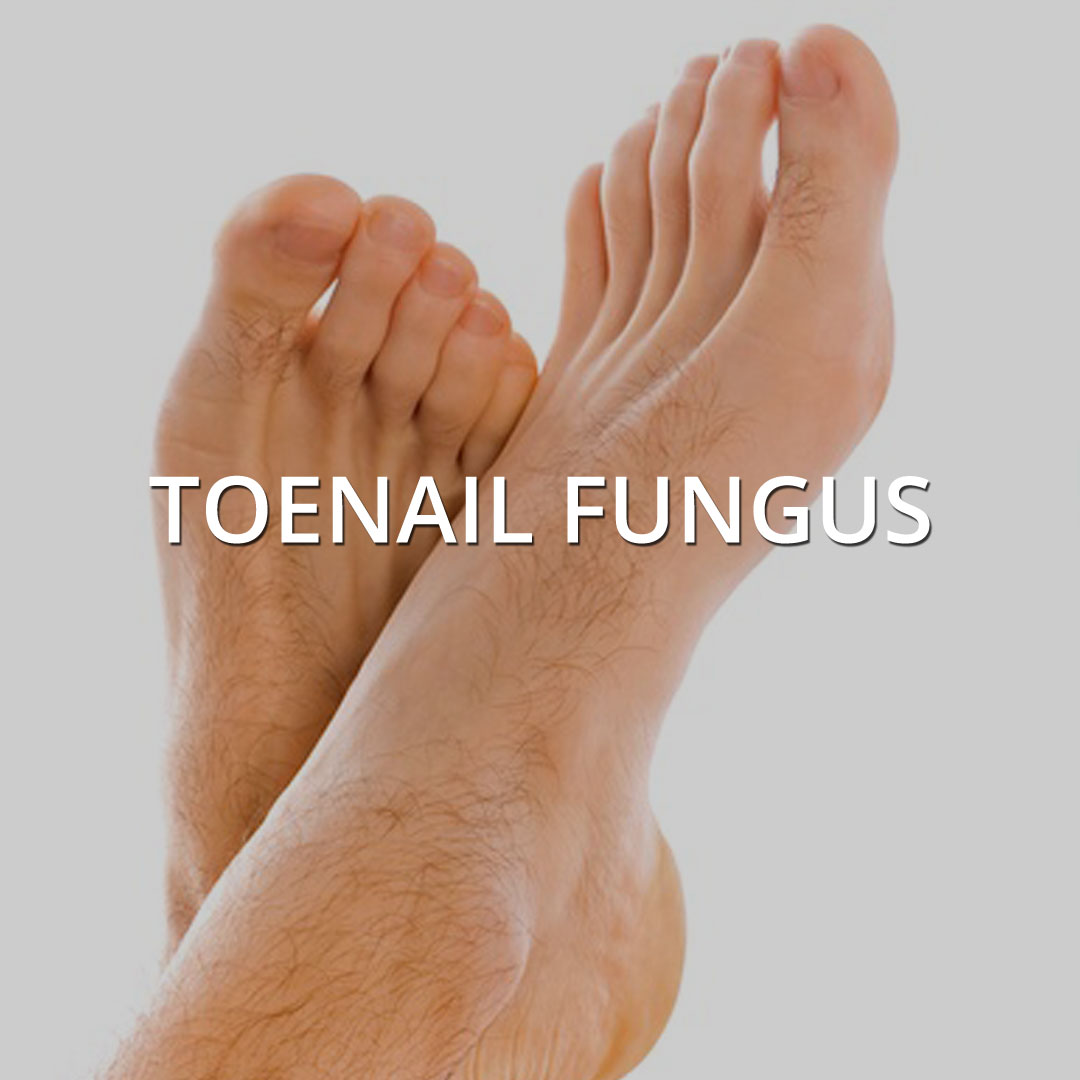 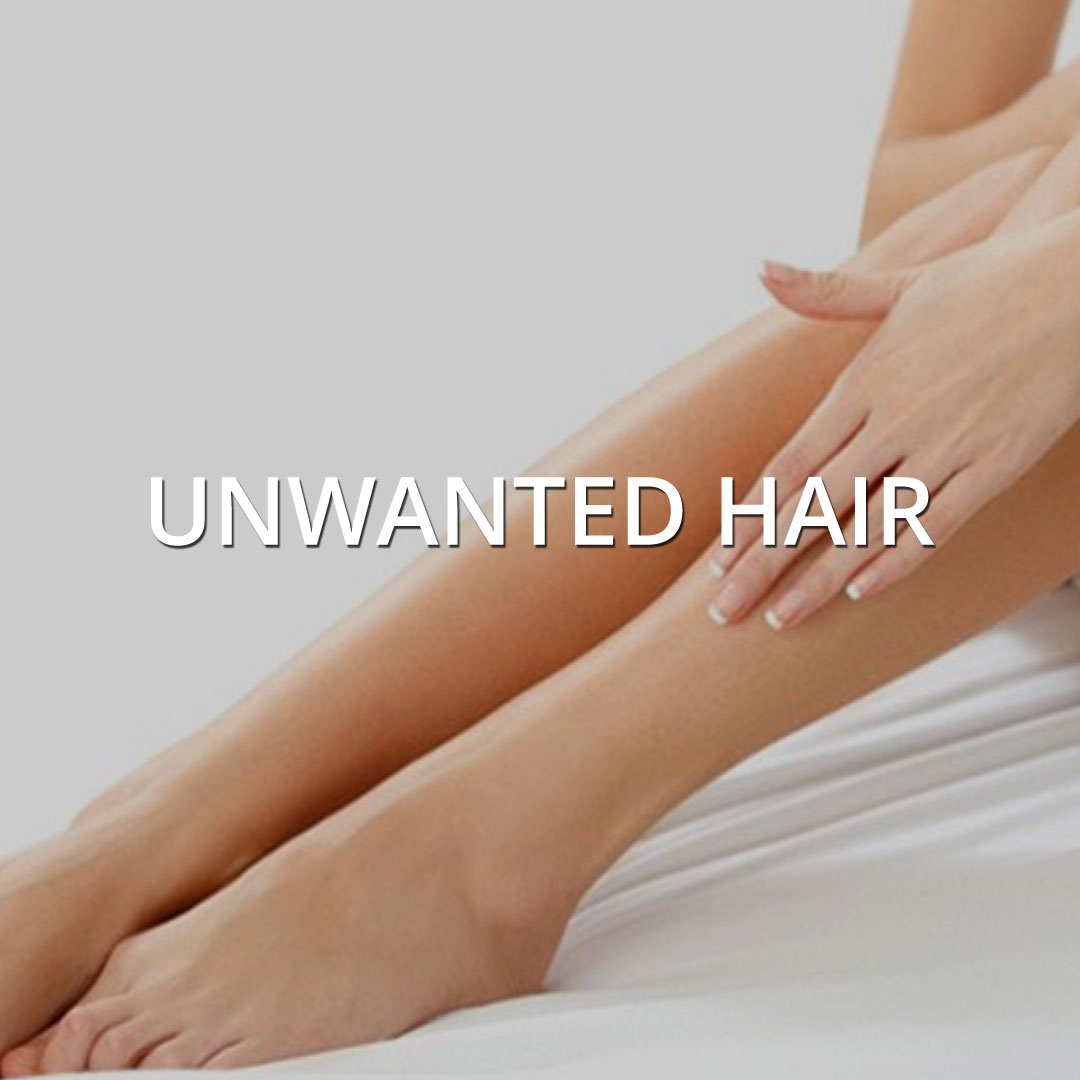 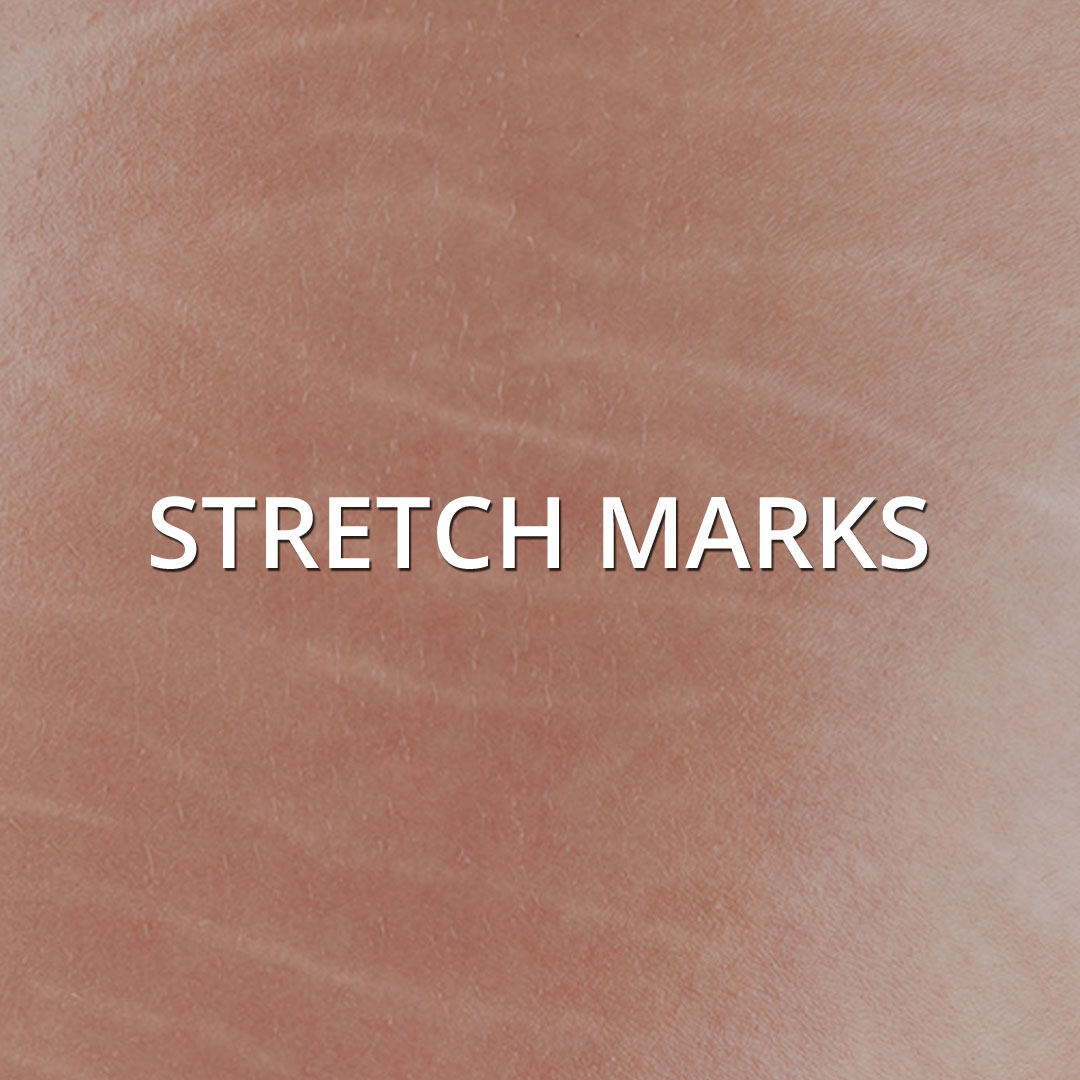 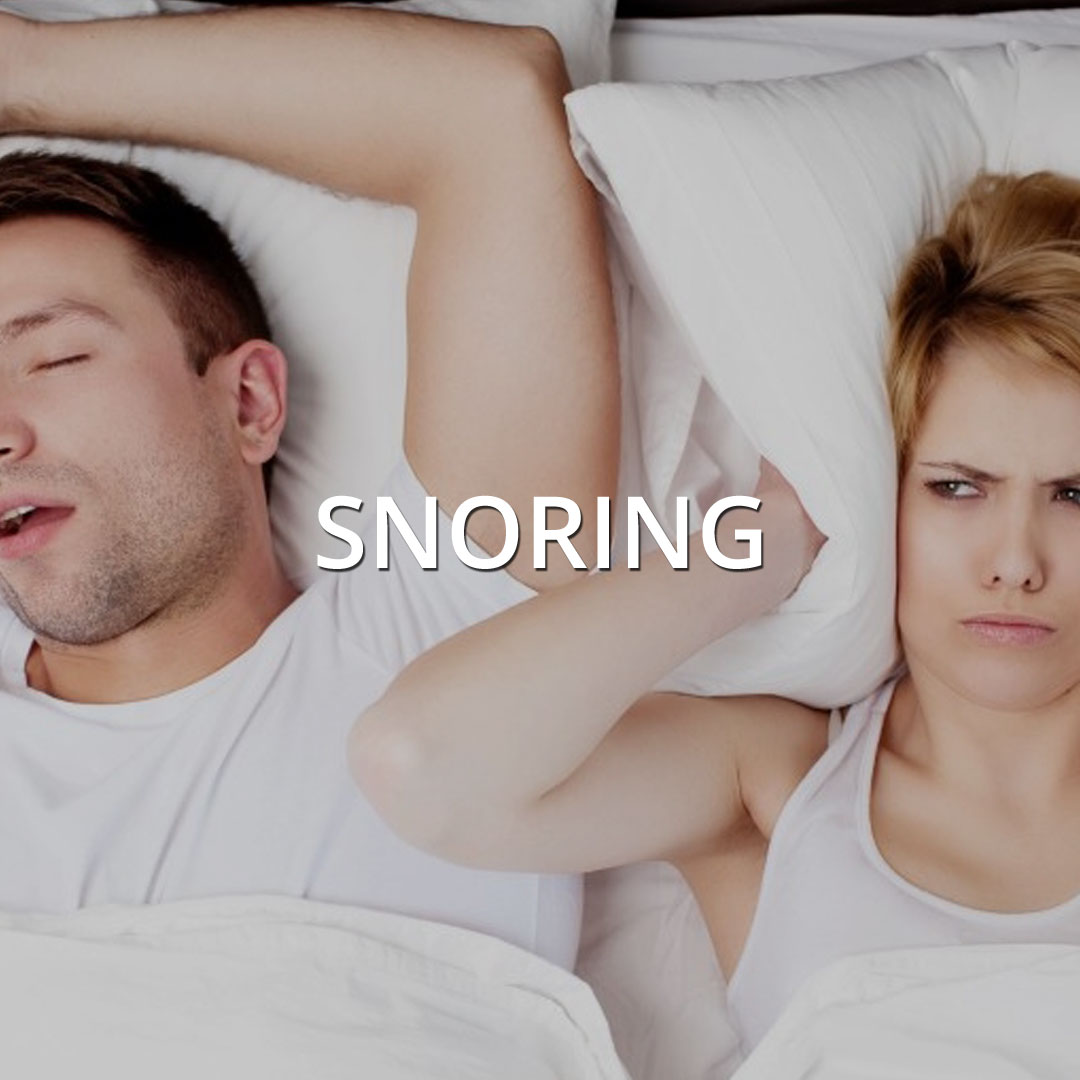 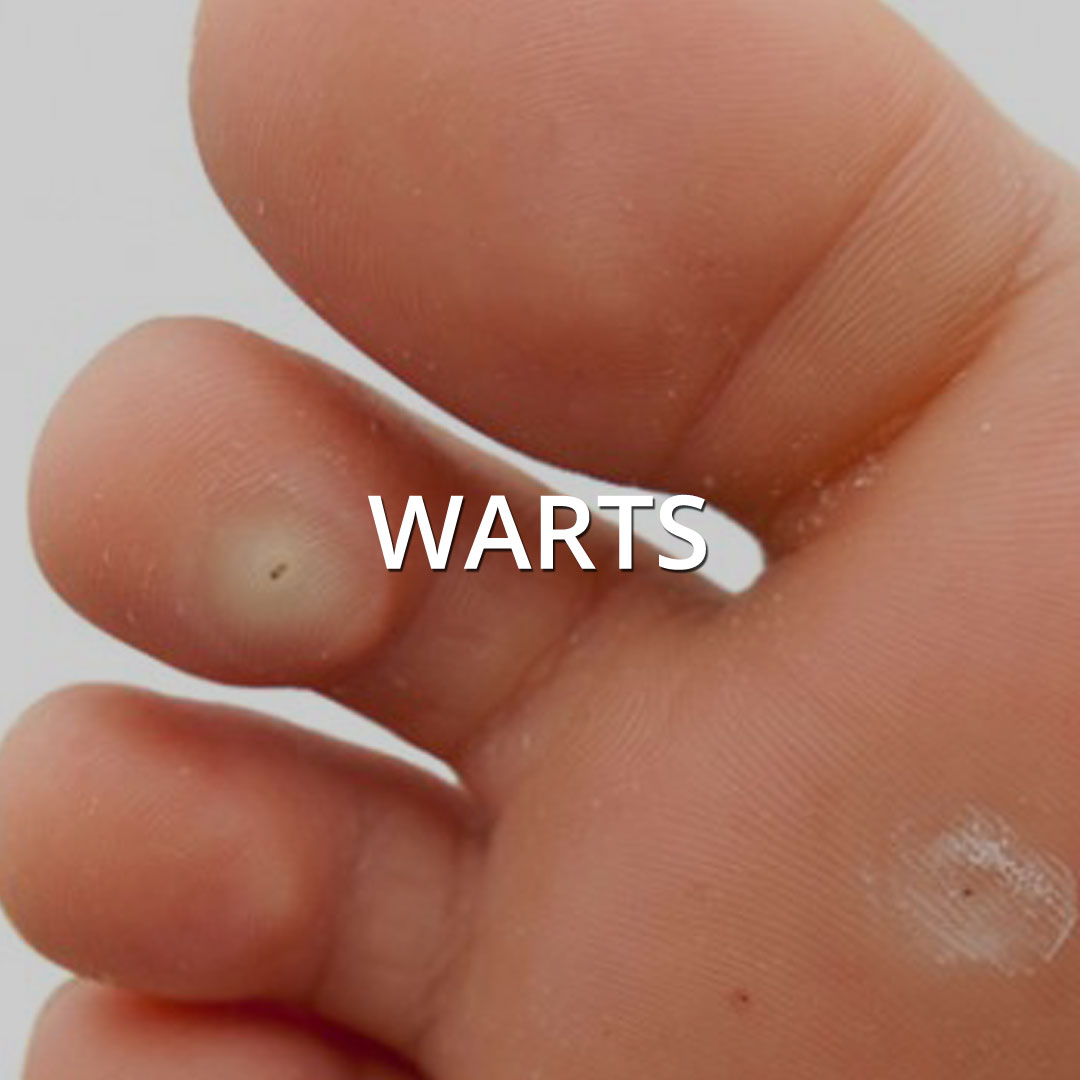 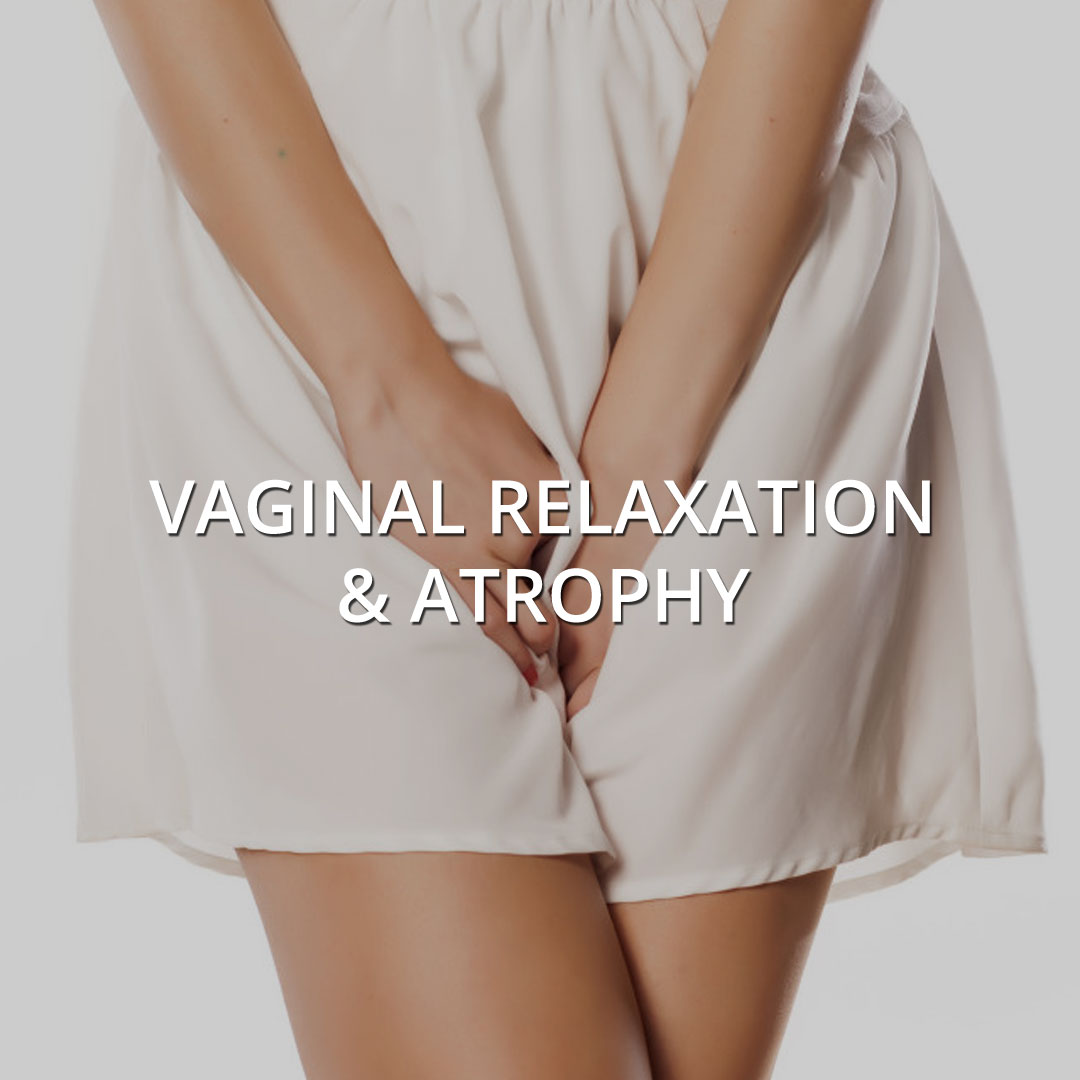 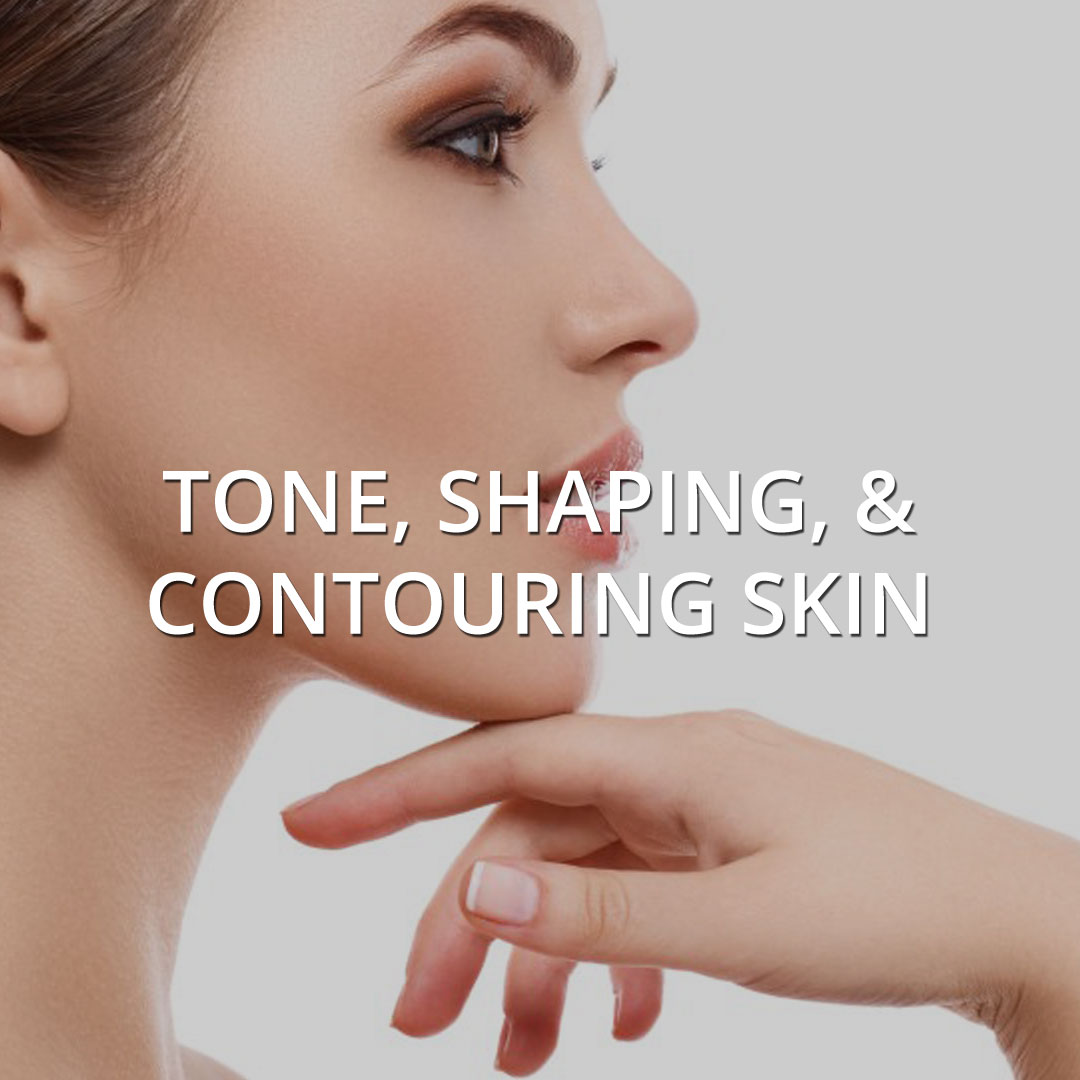 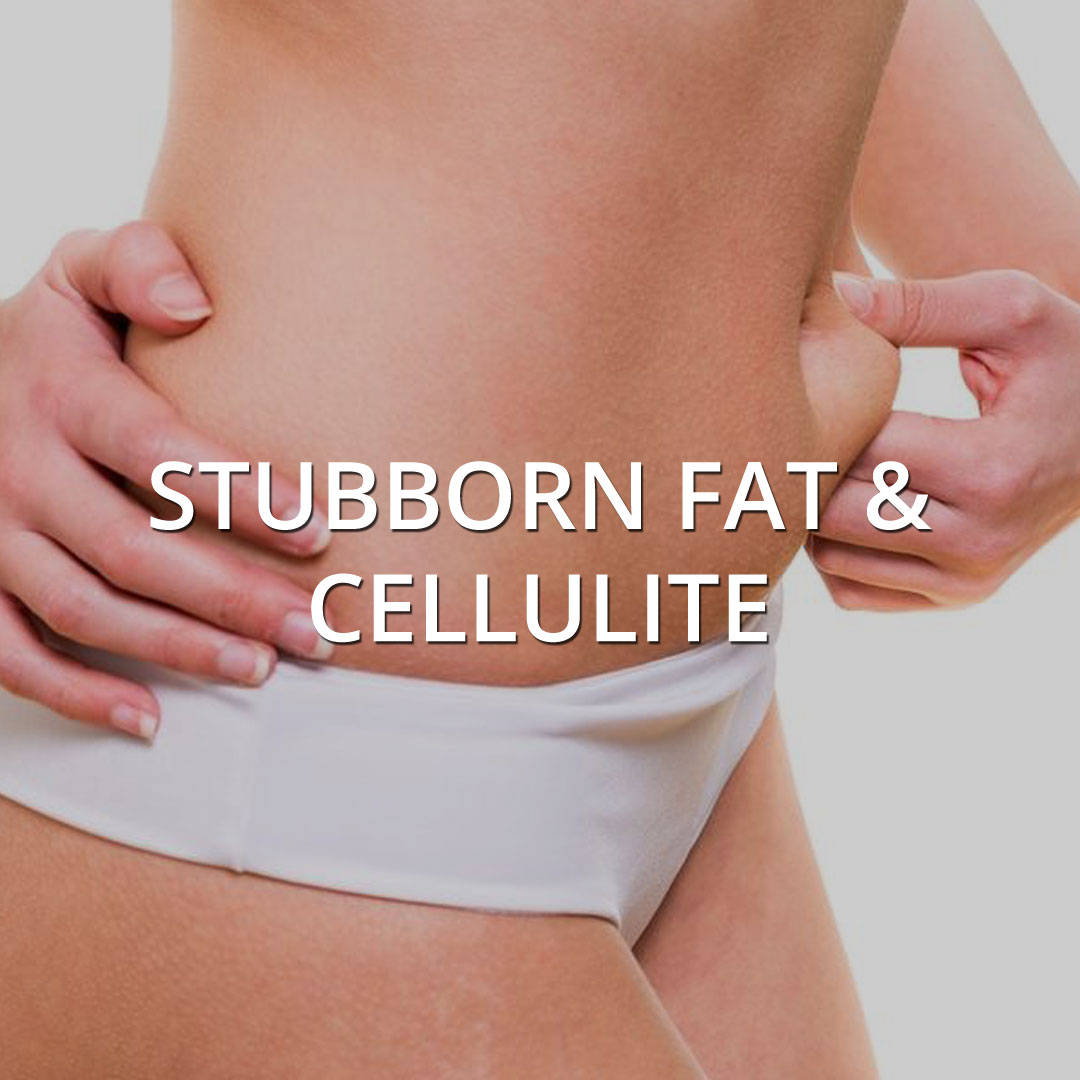 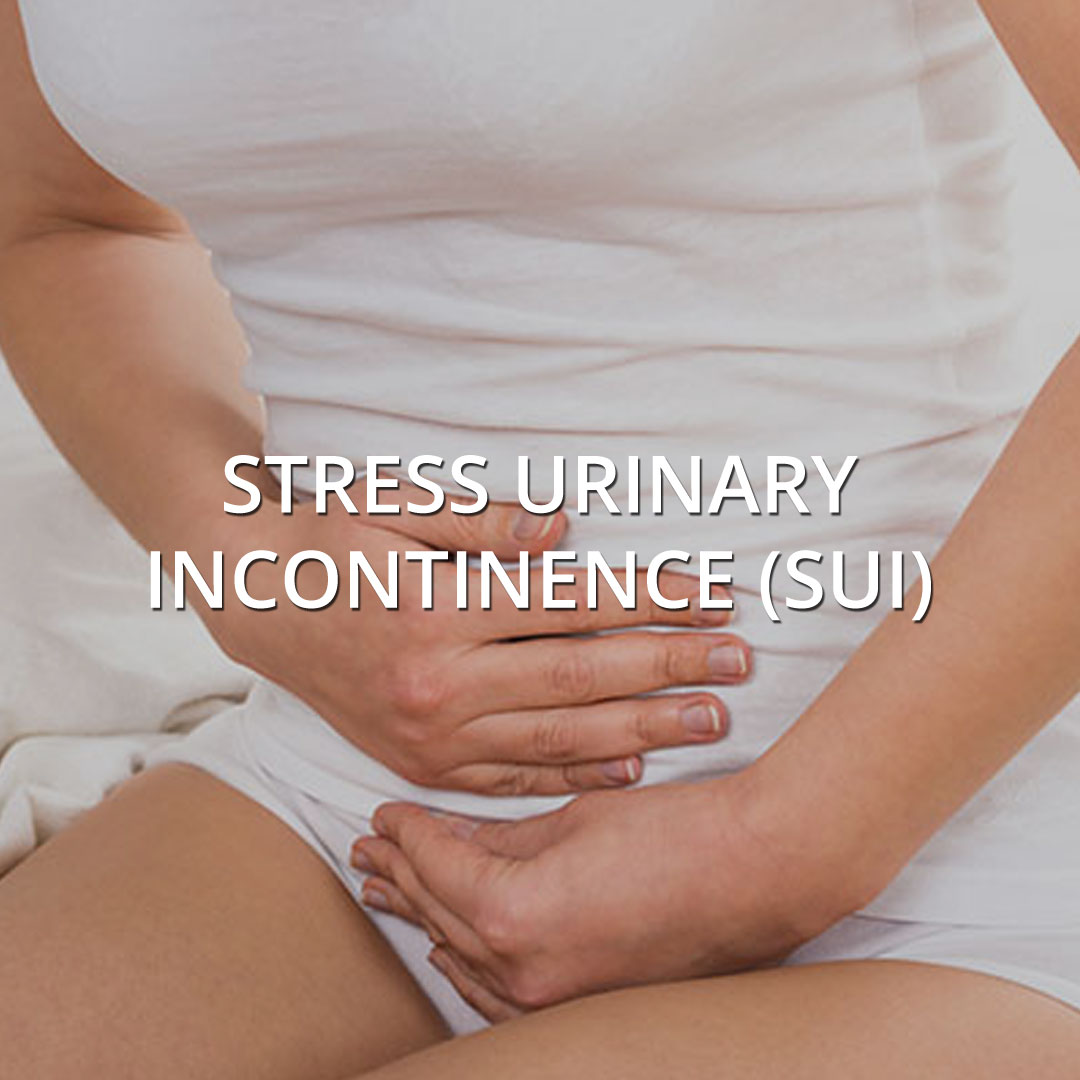 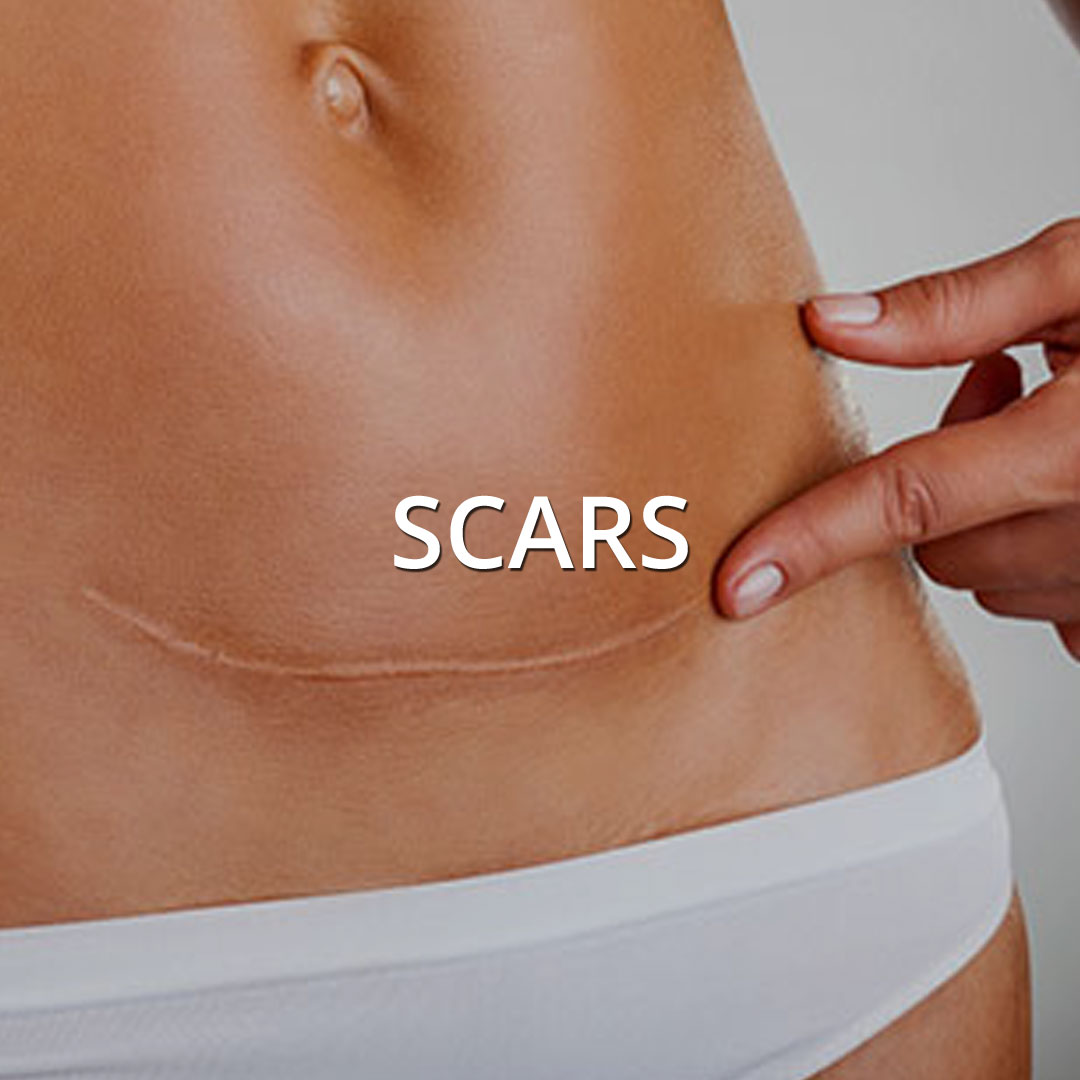 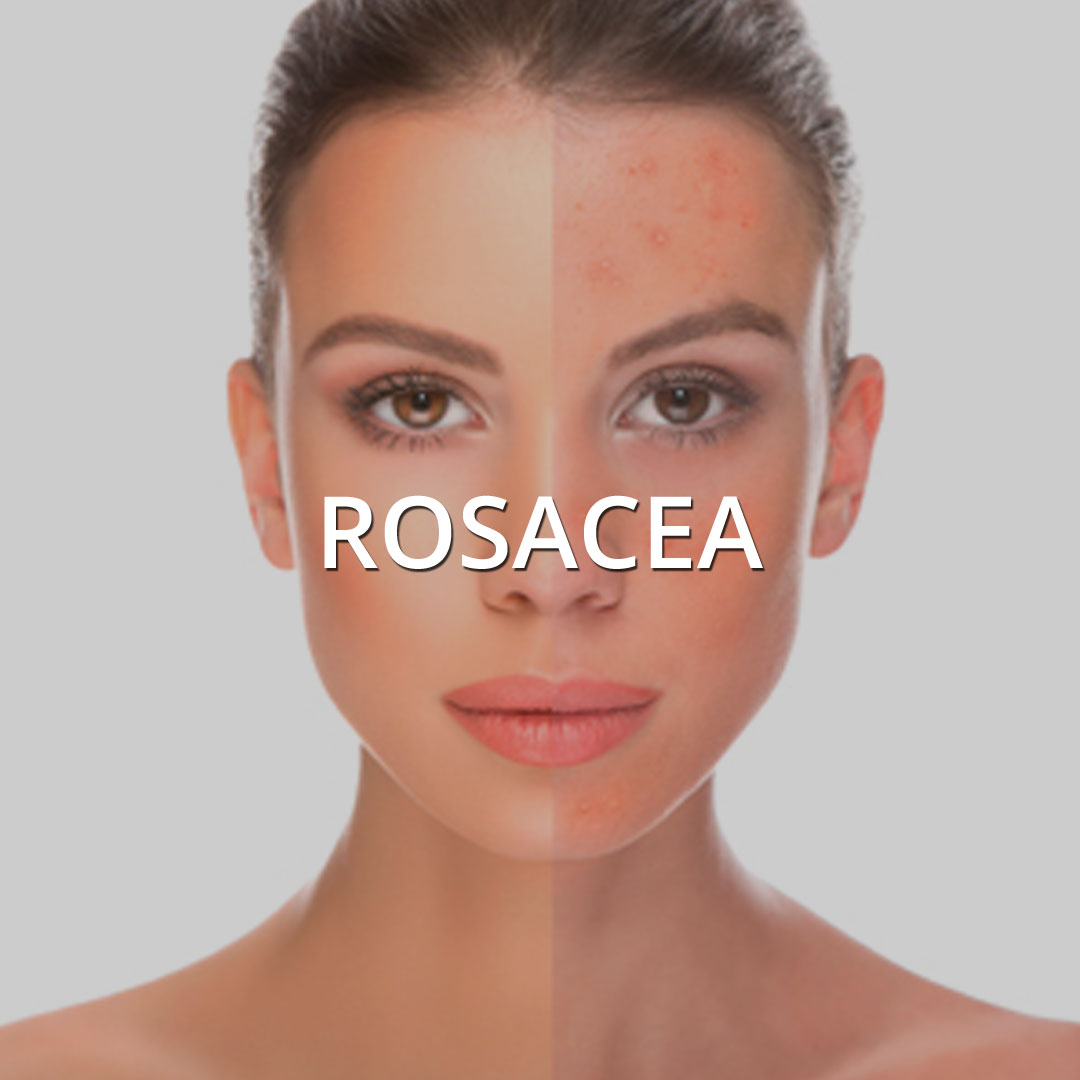 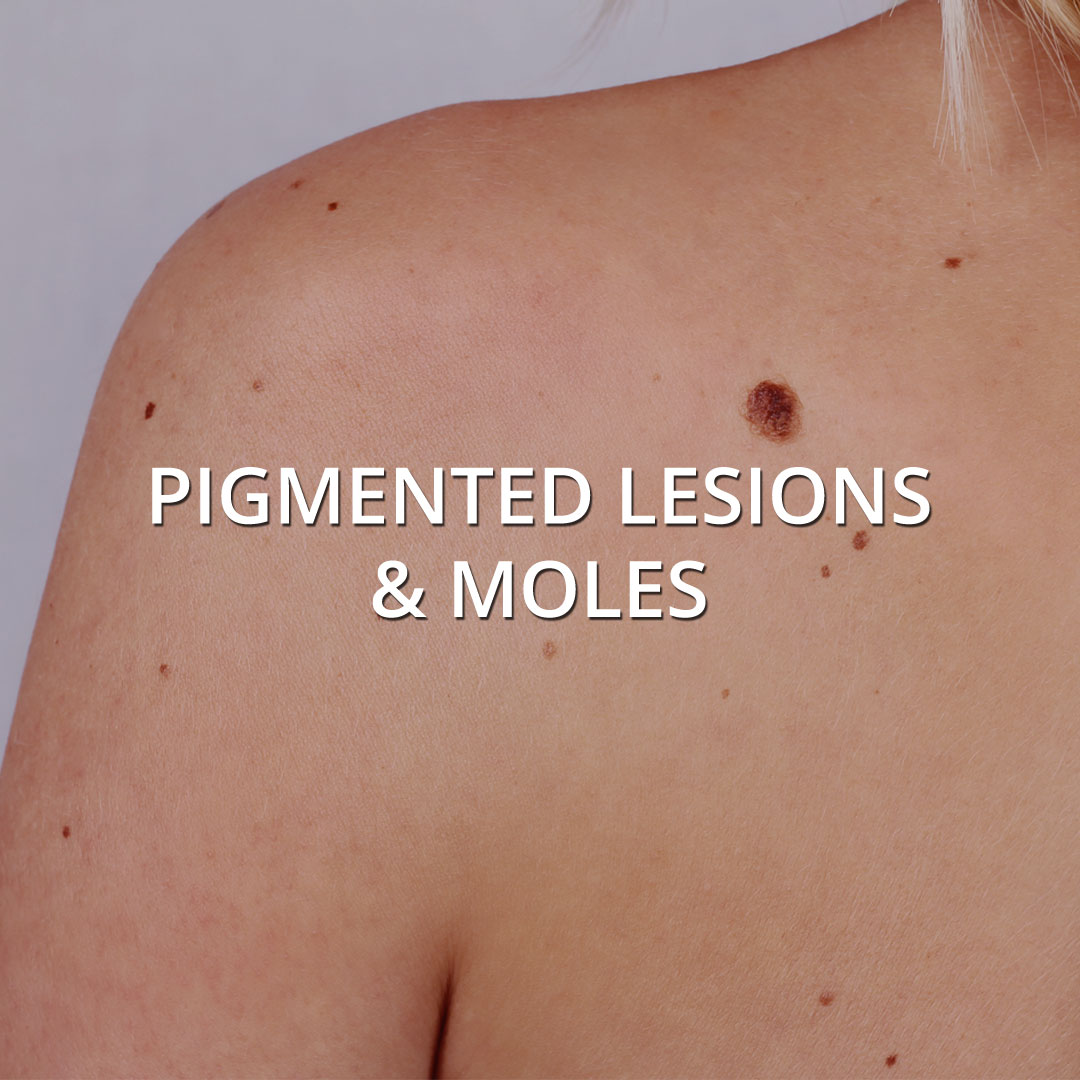 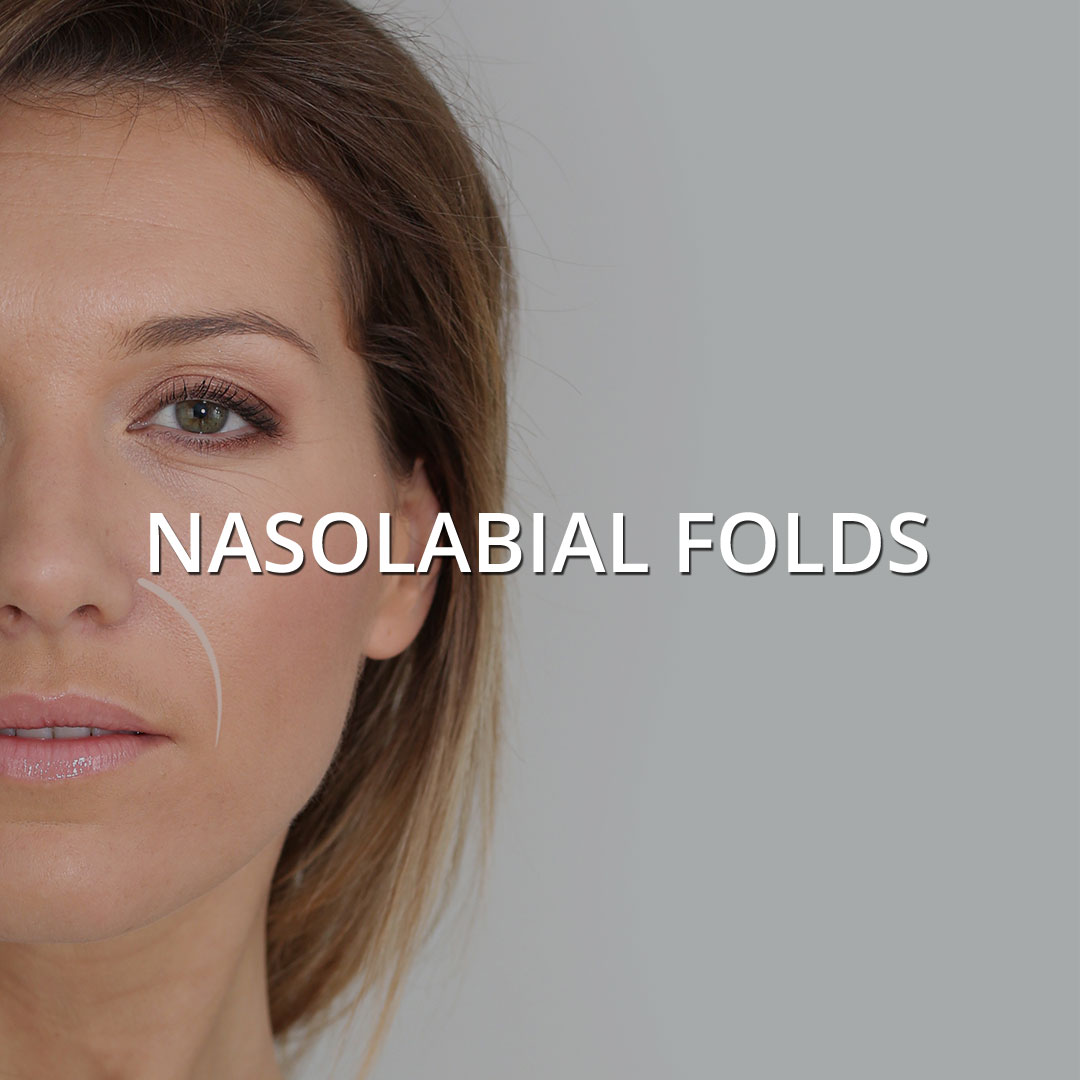 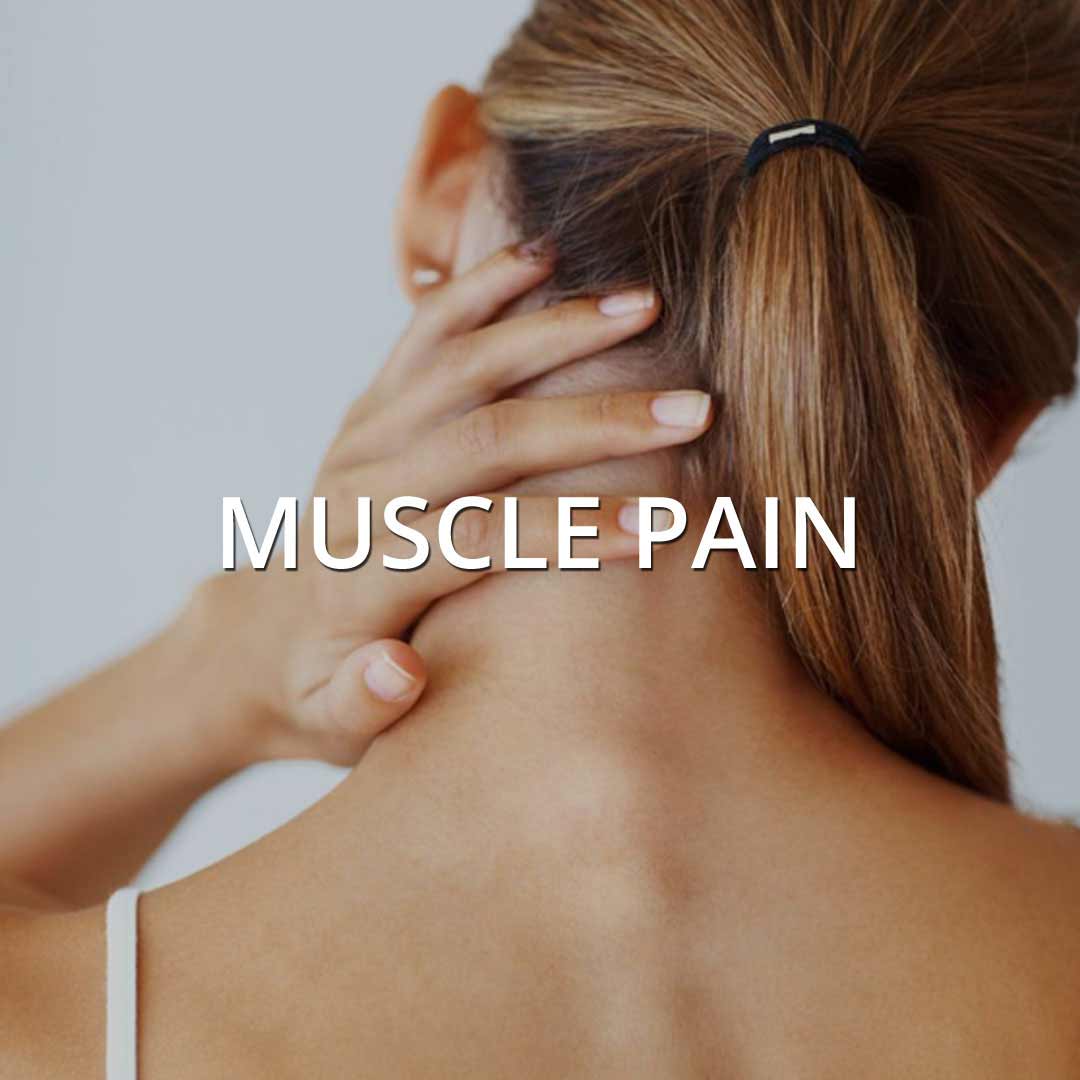 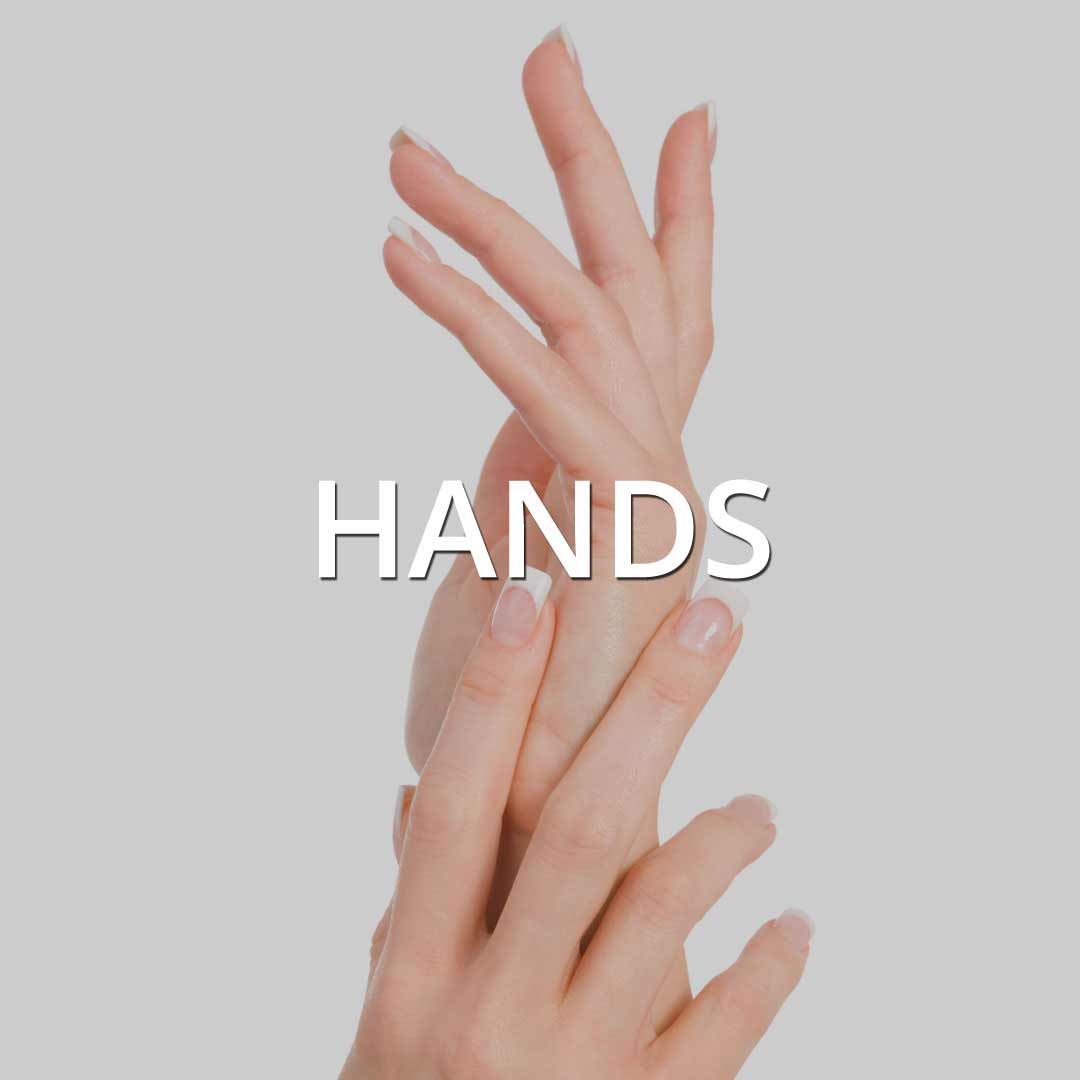 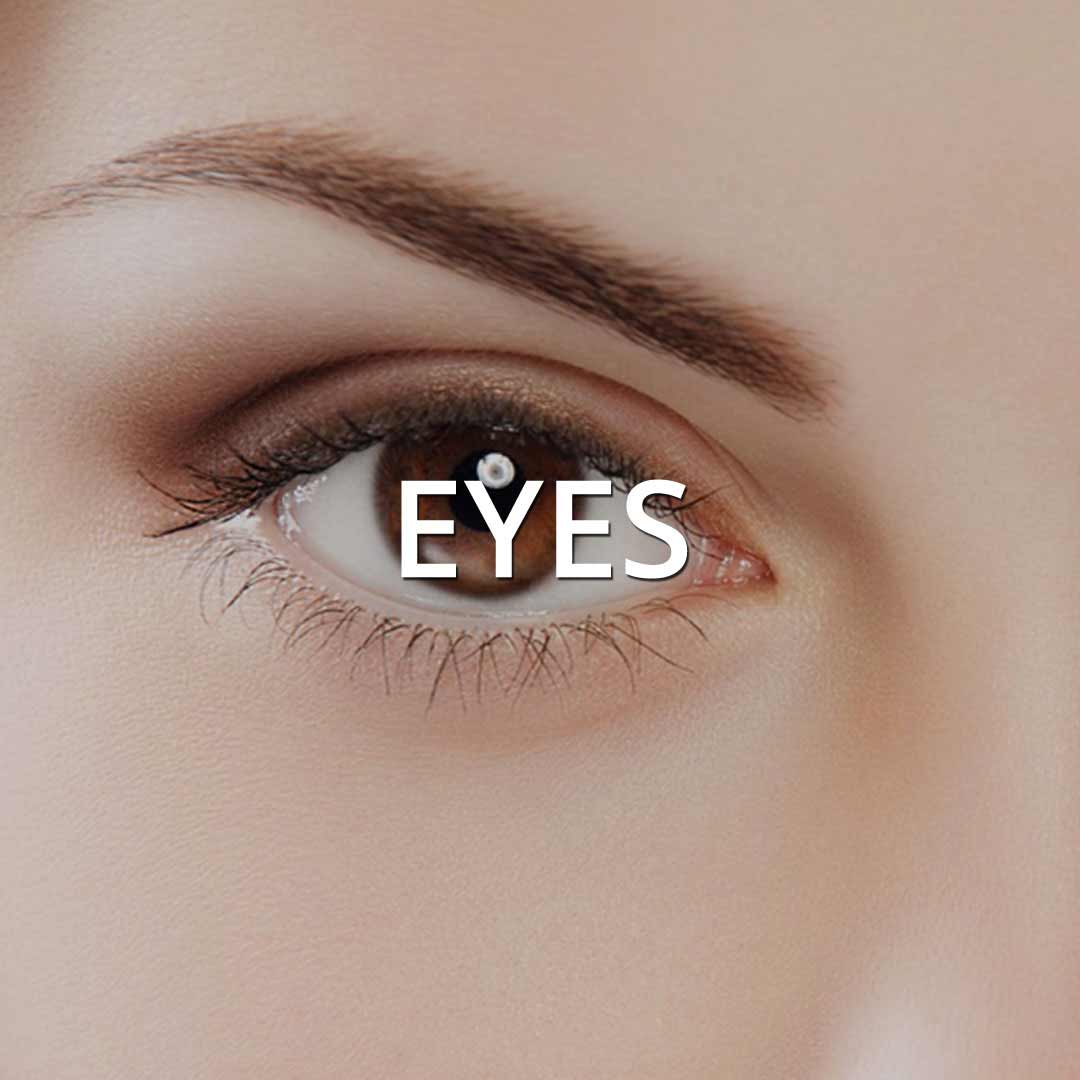 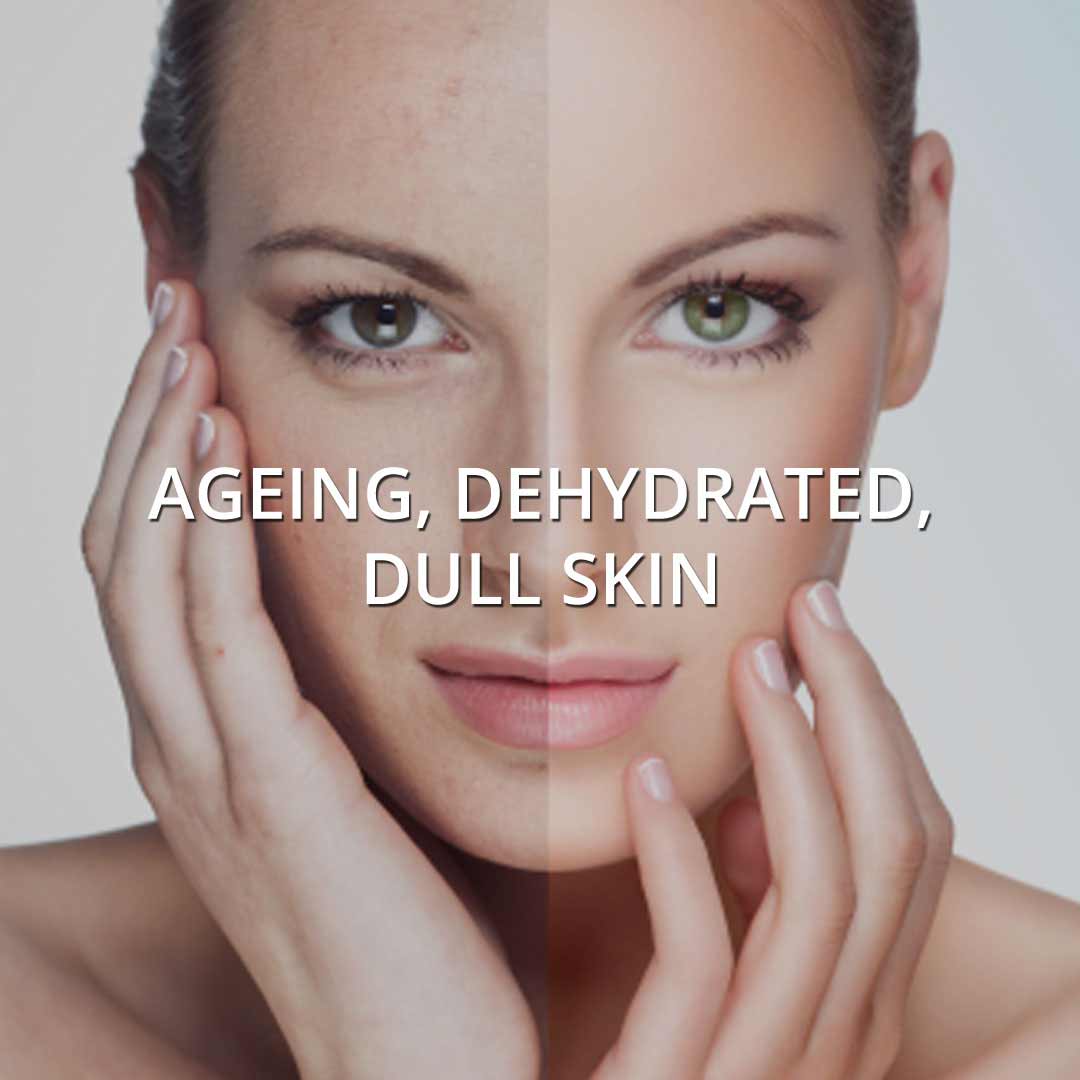 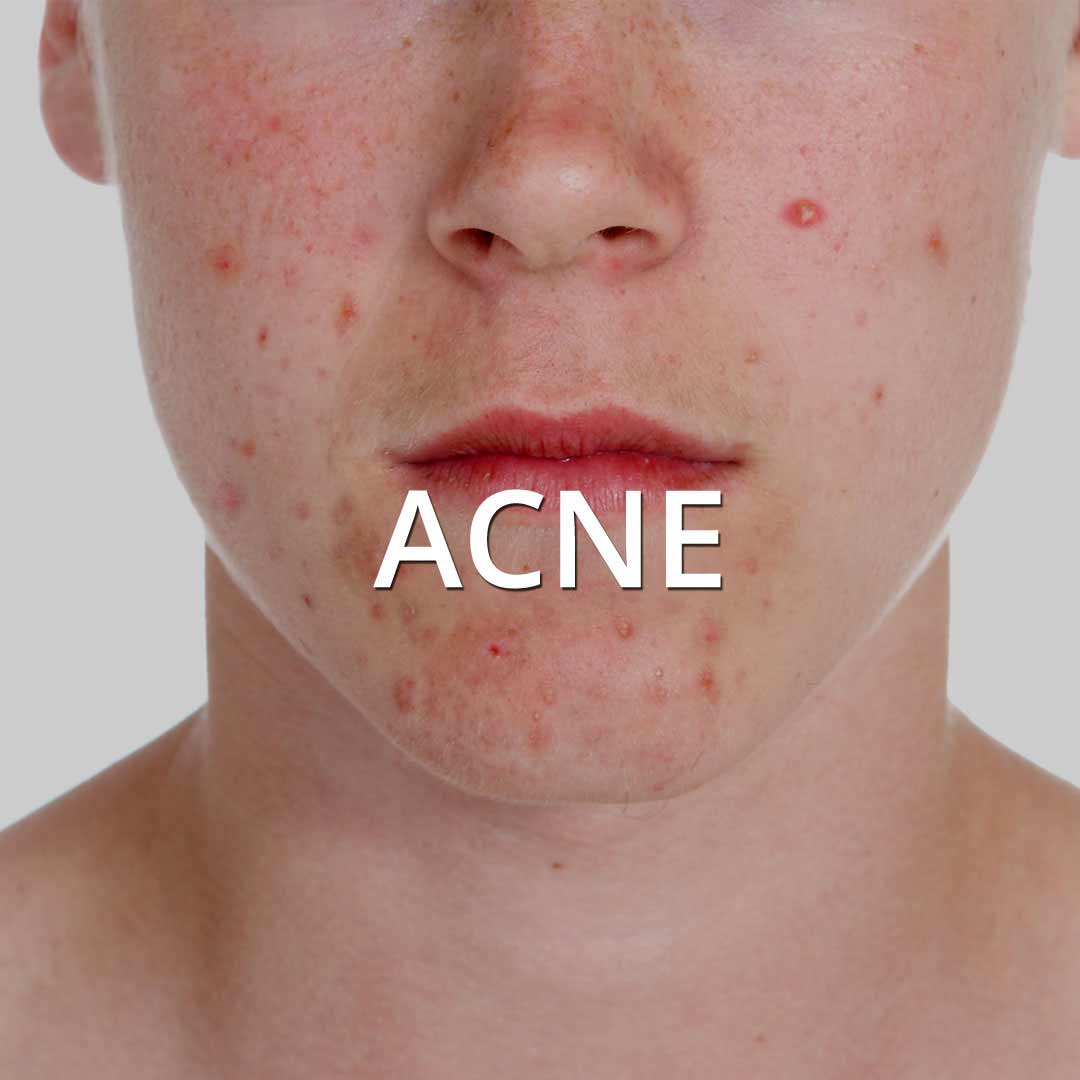 Get in touch with us today about our professional non-invasive treatments, and comfortable one-on-one service